Leverage Leadership has got to go!

Leverage Leadership (LL), a Harvard EdLab initiative, began as a pilot in 29 HISD schools in August 2014. The administration plans to expand it to 140 schools by the spring of 2015. This program is deeply flawed, from concept to execution, and poses a grave danger to the health of the district.

The HISD school board should halt this program after Year 1 and require a third party evaluation before it is continued or expanded. 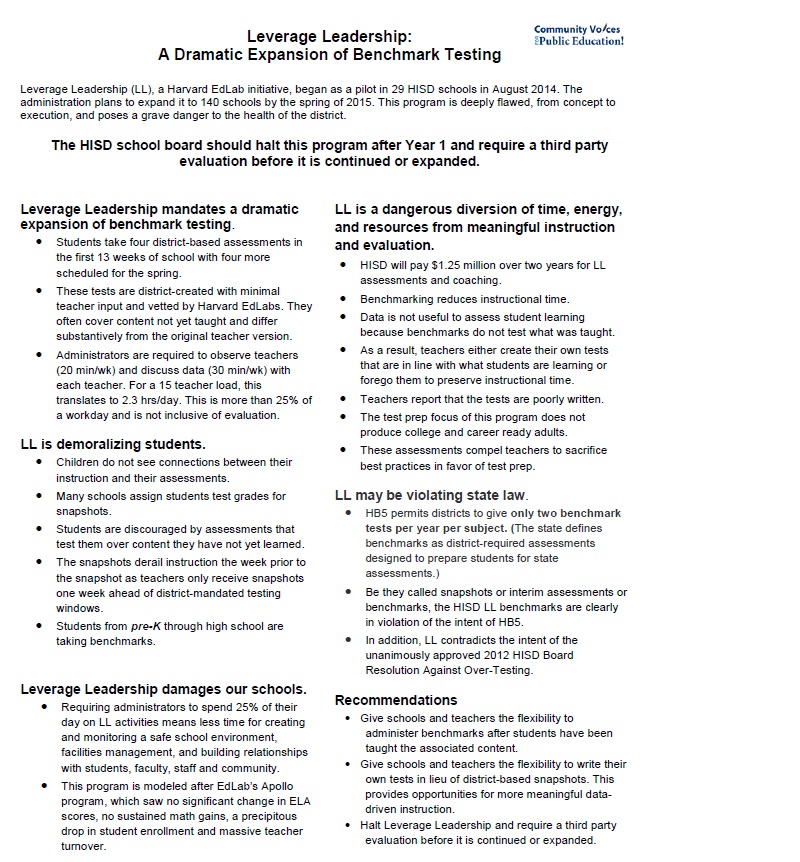